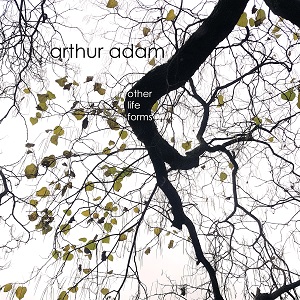 Hi! It’s been a while, but it’s not like I haven’t been doing anything… I joined a beautiful new band, called The Vain Travail, about whom I’ll be telling more soon. And I recorded a new EP!

The idea to make this EP emerged in the summer of 2019. I had written 5 soothing songs about vulnerability, and I wanted to record these 5 songs in a similar way: 1 lead vocal and 1 guitar (both by me), 1 guest vocalist (my wife Dorien) and 1 string quartet (to be arranged and played by my friend and bandmate Jonas Pap, who has also played with Eddie Vedder, Mark Lanegan and many others).
So it is a sort of concept EP. Inspired by albums like Nick Drake’s Five Leaves Left, Damien Rice’s O and Bonnie ‘Prince’ Billy’s The Letting Go.

I recorded the vocals and guitars between September and November 2019 and sent my mixes to Jonas, who was “very busy” at the time. Then the whole COVID situation happened and Jonas and I decided to focus our collaboration on The Vain Travail, the band we’re both involved in. That was no problem. Other life forms is supposed to be about patience, and its music is intended to be timeless, so there was no rush.

In the meantime I almost forgot about my solo moniker Arthur Adam altogether. In 2020 all my attention went to my daytime job of being a philosophy teacher (online), the music of The Vain Travail, and the all-round project of staying sane in this new world. The Arthur Adam project had fallen into a deep sleep.

But this EP isn’t about reviving a career or a project. It’s about recording the songs I have in my head. About creating stuff that I think is really pretty and worthy of sharing. And I’m just really glad the songs are tangible now. As a musician, I turn out to be wide awake after all.